Where Does Black Pepper Come From? 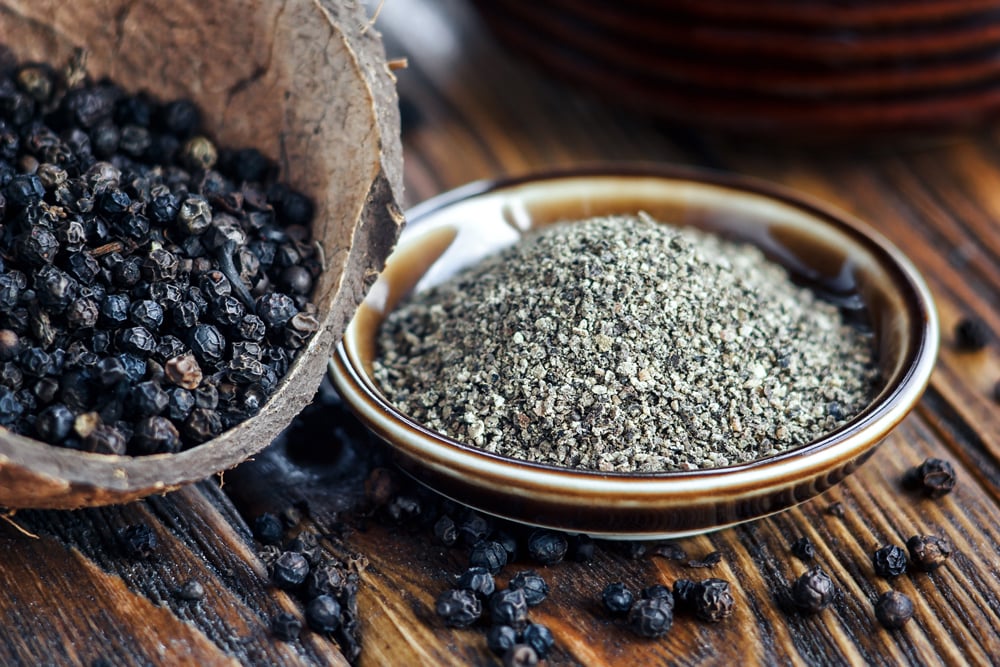 Black pepper holds a unique space in the average North American home. After all, whereas other spices live tucked away in dark cupboards black pepper proudly stands in shakers and grinders on the kitchen counter or – holiest of holy places – the dining table in nearly every single home and restaurant. It’s the only spice that finds its way into nearly every single dish.

But what exactly is black pepper and where does it come from?

Peppercorns are actually the fruits of a flowering vine in the Piperaceae family. The green, wide-leafed vines grow long tendrils where cylindrical clusters of the berries ripen. The fruits are small containing a thin skin, very little actual fruit, and a single large seed. The fruits are picked at varying degrees of ripeness depending on the strength and type of pepper desired and then processed accordingly.

The vine is native to India but is grown in nearly every tropical region. Vietnam currently grows and exports the most black pepper, totaling around 35% of the world’s supply, followed by India, Brazil, China and Sri Lanka. Used in practically every single style of cuisine imaginable pepper is the most traded spice worldwide and makes up 20% of the world’s total spice trade. In fact, the black pepper trade is worth billions of dollars annually!

It’s not too much of a surprise considering this piquant little spice has been beloved for thousands of years. For a long time, is was primarily utilized as a medicine. The spice was even used in preserving mummies (Ramses the Great’s body had peppercorns stuffed in the nostrils to help keep the body clean) and thought by many to cure insomnia and toothaches.

Ancient Romans and Greeks loved pepper. In fact, the ancient Roman cookbook, Apicius, written in 4 AD uses black pepper in 80% of its recipes.

The desire for black pepper was also a driving force for many explorers such as Columbus and Vasco de Gama who set out hoping to find a faster route to India in order to more quickly acquire it for spice-hungry European markets.

Peppercorns get their telltale bite from a chemical called piperine that is found in the fruit and seed of the peppercorn. Piperine can actually break down when exposed to heat, air, and light and so peppercorns and ground pepper should be stored properly or used quickly.

Black, white, and green peppercorns are all the same fruit but treated differently.

Pink peppercorns are a bit of a misnomer as they’re technically not peppercorns at all! They come from a tree called the Peruvian pepper tree and are actually more closely related to cashews and other types of tree nuts as opposed to peppercorns. (A heads up! Those with nut allergies should avoid pink peppercorns!)

There are no reviews yet.

Be the first to review “BLACK PEPPER” Cancel reply